Everything Analog: Explore a whole world of celluloid motion filming and still photography. 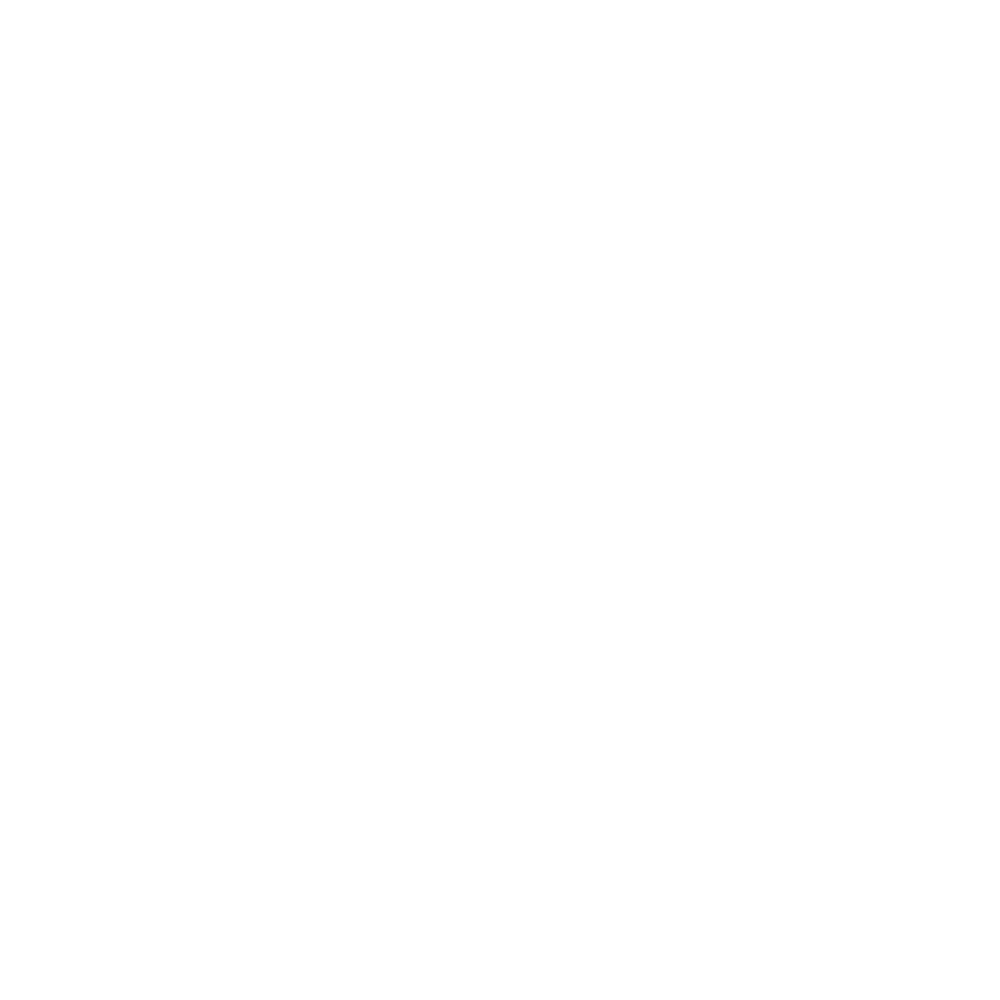 “The idea of waiting for something makes it more exciting.”- Andy Warhol

Analog camera devotees would have to agree with Andy here! With no LCD screen or erasable hard disks, filmmakers enjoy the thrill that comes from waiting to see what they have captured only after the film roll has been processed, scanned and printed.

While filming in analog, there is no room for mistakes! Hence, it requires utmost discipline and knowing exactly what you want to cover. Once you are certain of this, you’re sure to find using analog cameras a creatively fulfilling process.

Countless modern-day apps and softwares have tried to imitate the effects that you get with film, but nothing beats the original; it’s more rewarding when you create it yourself rather than with a filter. Of course, the results may vary (depending on the lighting conditions, the film and camera used and the mood of your photo lab operator, etc.) but overall the analog look is unmistakable. Many filmmakers and photographers till date are loyal to this medium since the colours are richer, the saturation is more dramatic, and the film grain adds soul and texture to your images. They seem to evoke nostalgic and dream-like memories. Experimentation and the thrill of the unknown drive many in their love for analogue.

A quick introduction to Analog Photography

The term ‘analog photography’ refers to photography using an analog camera and film. As soon as a roll is loaded into the camera and the button is clicked, you are in for an adventure; light interacts with the chemicals in the film, the iris exposes it and an image is recorded. These precious images captured in your film roll come to life after the film is processed in a photo lab.

As you take baby steps with your first few rolls, light leaks, blank shots and happy accidents are likely to be experienced. This is quite normal. Our tip? Stay patient because analog photography encourages you to embrace each moment and get creative. Techniques such as multiple exposures, sprocket-hole photography and cross-processing, to get artistic and beautiful effects, are all possible with analog photography. This traditional medium has an amazing history which stretches back a couple of hundred years.

A film camera often has a higher resolution than what is found in most digital cameras today. Film also allows you to hone your craft by adapting your photographic process to the unique characteristics of a particular technique. You can’t have the same degree of collaboration by shooting digital. You don’t just ‘shoot film’. You shoot high contrast fine-grained black and white, or neutral toned color negative, or vibrant and saturated transparencies, or one of several other variations. Each one brings something unique to the process that must be fully considered in your creative and technical approach in order to take full advantage of the medium.

If this antique format, despite its complexities, continues to intrigue you in the digital era, you are in for a treat.

The term “analog motion filming” refers to a combination of multiple still frames that are put together resulting in a ‘moving image’. It’s a medium that has been around for over a century. The combined film is projected into a single device called the ‘cinematograph’. Thanks to brothers Auguste and Louis Lumiere in 1895, the first motion picture camera was invented. Shooting with these old film cameras today can be a real challenge but that’s what makes it as much fun!

Film manifests an original and organic feel, that makes it crisper and more alive to the human eye. Celluloid film has a richer texture, more vibrant colours, starker shadows that cannot be matched by digital technology.

The digital medium is considered economically efficient and faster, which can help a business man, but the artist needs nourishment through the process. This is why most big filmmakers like Christopher Nolan, Steven Spielberg and Quentin Tarantino continue to shoot only on celluloid.

You can achieve various results through this medium, depending on what your content demands. There are multiple formats and film types that can help enhance the story you are trying to convey. Let’s get to know more about them.

Film format refers to the width of the film, keeping in mind the number of perforations. There are four commonly used for camera films: 70 to 65mm, 35mm, 16mm, 8mm and Super8mm. Let’s understand what these formats have to offer along with examples of movies shot with them:

70MM (or 65MM): 70mm is the largest available film stock meant for the biggest of the big screens. With a negative area nearly 3.5 times larger than the standard 35 mm, the 70mm has been used since the 1890s. The newer IMAX 70mm film runs horizontally rather than vertically because turning the frame sideways is a more efficient layout. This means the extra space can be used to make the frames even larger, and images more vivid. Regular 70mm film covers five perforations, meaning IMAX 15/70 is essentially 3 times larger than a regular 70mm frame. From an audience standpoint, it’s a much crisper, brighter, and ideally more uniform and stable image. The picture quality of an IMAX camera paired with 70mm film is the highest you can experience in a theaters. No wonder filmmaker Christopher Nolan calls it, “virtual reality without the goggles.”. Nolan estimates 70mm as the equivalent of a digital 18K sensor. We see him using the IMAX 70mm in movies like The Dark Knight, Interstellar and Dunkirk while remaining dedicated to this format in his upcoming film too.

Christopher Nolan with the IMAX 70MM: 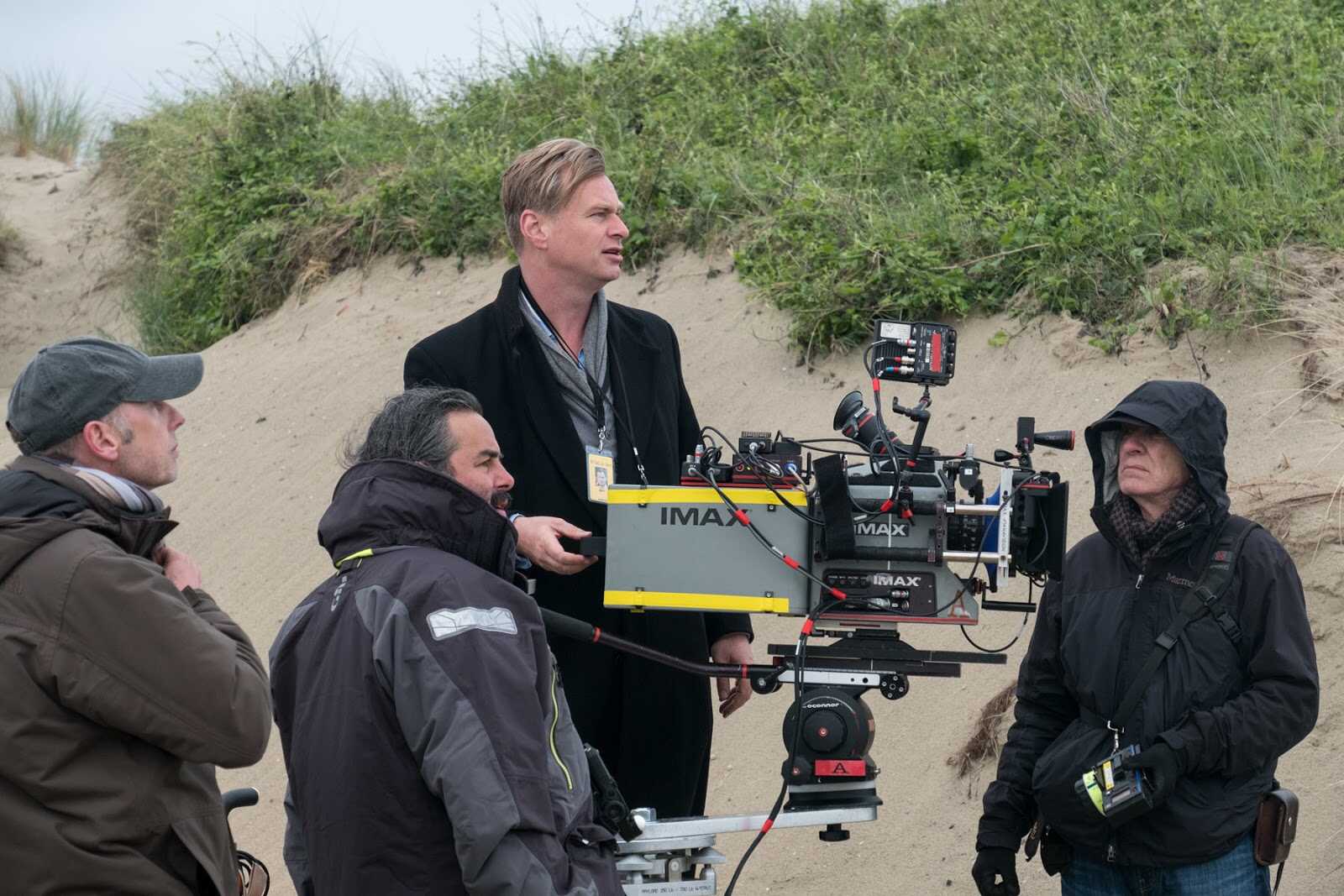 35MM: Through the 20th century, 35mm film was the standard for Hollywood as well as the size of the canisters you buy for still photography. It was in fact, the first camera to be taken into space for filming. Incepted in 1889 by William Dickson, the first 35mm film camera was manufactured by Thomas Edison using George Eastman’s 120 film stock. This format saw the evolution from an unsafe and bulky medium to becoming a suitable world standard. The unfortunate demise in its mainstream use was brought upon by cinemas switching to digital projectors. However, for analog film enthusiasts this format remains a vital tool. Quentin Tarantino’s Once Upon A Time In Hollywood is one of the films shot in this format.

One of the reasonably priced cameras available online is the Russian made Konvas 1-M 35mm Camera: 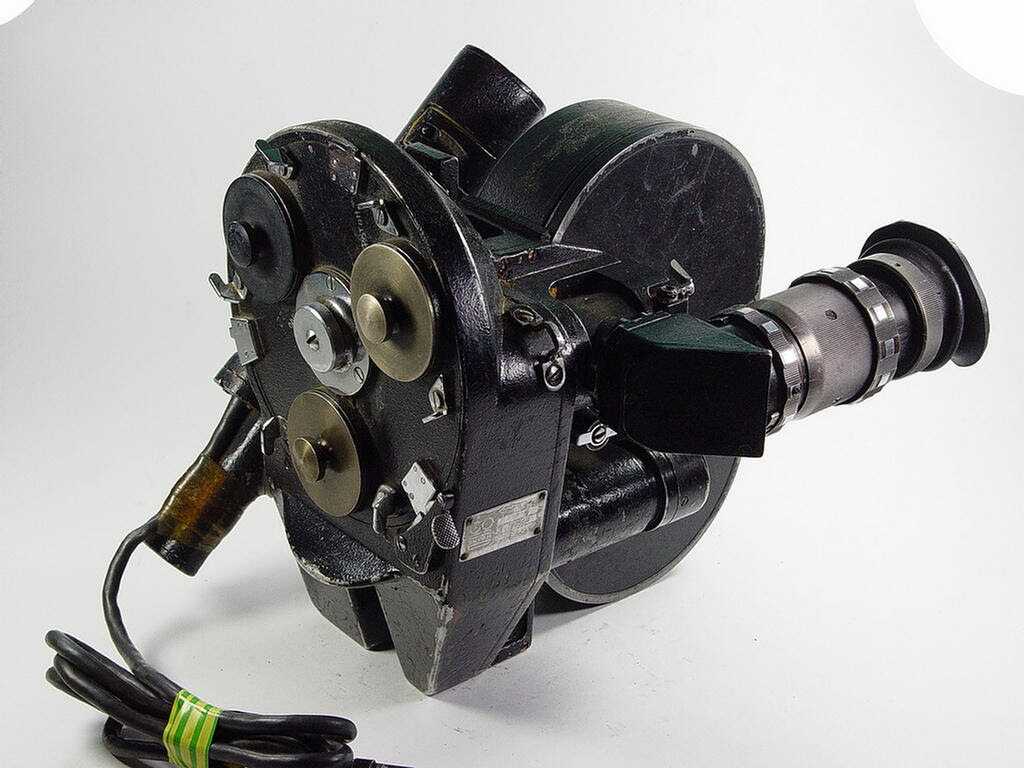 16MM: In 1923, Kodak Eastman introduced the first 16mm film. The new film consisted of a base of non-combustible acetate plastic, a much safer alternative to the dangerously flammable cellulose nitrate used in 35mm. In fact, this safety measure was so popular that it helped earn 16mm film the name “safety film”. Being a physically smaller film stock and camera, meant it could be much more portable as compared to the standard format of 35mm. Furthermore, 16mm film didn’t create negatives during filming – only the positive camera original. For the first time ever, the process was as fairly simple as point and shoot. This was revolutionary for television and documentary filmmaking. ‘16 mm’ even became accessible for the everyday man thanks to its mobility, affordability and safety features, giving birth to independent filmmaking during the 1930s. Bohemian Rhapsody, directed by Bryan Singer, was shot on this format.

One of the famous 16mm cameras is the Bolex H16: 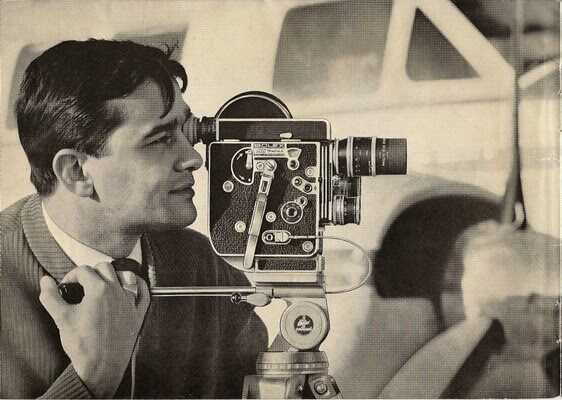 When 8mm came out in 1932, it was an immediate hit with those suffering through the Great Depression because of its affordability and ease of use. Challenging the 16mm, it had an even smaller film size and camera. Colour reversal film that was introduced in the late 30s, helped 8mm bring colour cinematography into homes. Down the line, ‘Super 8’ with magnetic sound synchronization (when shooting) was launched. This was a major breakthrough for the home film industry, so much so that this film was marketed for kids to use easily. Super 8 was what really started the decline of the 16mm format. In 1996, Jim Jarmusch worked on a documentary named Year Of The Horse, about the band Neil Young and the Crazy Horse on their concert tour. It was the first commercial feature length documentary shot on Super 8.

One of the popular cameras for this format is the Beaulieu 7008: 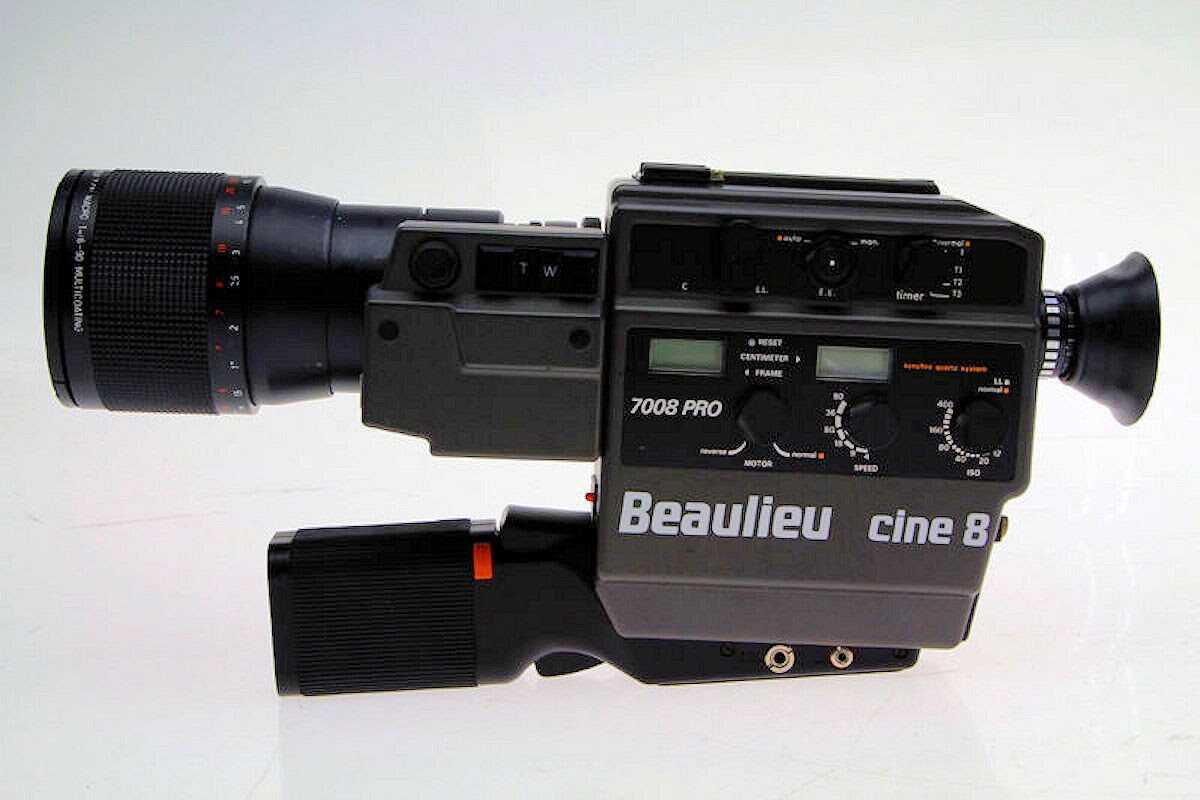 Colour Negative: Colour negative film is the most common film you’ll find on the market. When you take a photo with colour negative film, you’ll see the image in inverted colours. Most photography centres can develop colour negative (C-41) prints for you at a reasonable cost. It is mostly preferred by portrait and wedding photographers as it yields true-to-life colours and contrast.

Slide Film: Slide film (also known as positive or reversal film) is basically an alternative type of film to colour negative. The main benefit of using slide film is that you will see the image you captured just like a normal photograph. Moreover, if you want your shots to be bright, vivid and dripping with in-your-face colour, give slide film a whirl! X-Pro or Cross Processing produces unpredictable, wild colour shifts which is exactly why it’s so popular amongst analog users. Kodak recently announced that it will bring back Kodak Ektachrome Professional slide film.

Black and White Film: Fancy giving your shot that super vintage, classic look? If you just love shooting black and white photos, you’ll be pleased to hear that black and white film isn’t expensive, and it’s easy to get a hold of. It is a great choice for playing with different contrasts and light conditions. You can easily develop this film at home.

Redscale Film: Redscale is film that has a strong red colour shift to it. The shift is created by exposing it through the base of the film. The redscale technique is one whereby photographers and videographers would reload their film backwards and shoot through the semi-transparent layer on the back. Normally, this would have been done by winding the film upside-down into an empty film canister. The result is often gorgeous splashes of fiery reds, oranges and yellows! Shooting redscale is a fun and easy way to experiment and get different looks from the film.

When you work on something with your bare hands, you really do put a lot of care into it. While cutting the classic way, you learn to be more organised and disciplined than you would with any software. This is what makes celluloid editing special.

While the essential principles of editing remain the same, with celluloid the techniques are different from digital. Once finished filming, you send your film to be developed in a photo lab. When the rushes are back, the editor or the man who cuts the film has to make sure the sound exactly matches the picture. As the top of the clapboard touches the bottom, the editor makes a mark on the picture. Then the sound is marked where the board bangs at the bottom, and the two are matched. Now, when all the pictures match the sound, the editor must take out the bad bits. He/She then joins the pieces that were chosen using a tape, in the right order. Once all the best shots are put together, the film is put onto an instrument called a telecine machine ready to show it when needed. The sound part of the film goes on the other side of the machine. It is a real-time handcrafted adventure!

Here is a video of analogue editing in a cutting room: 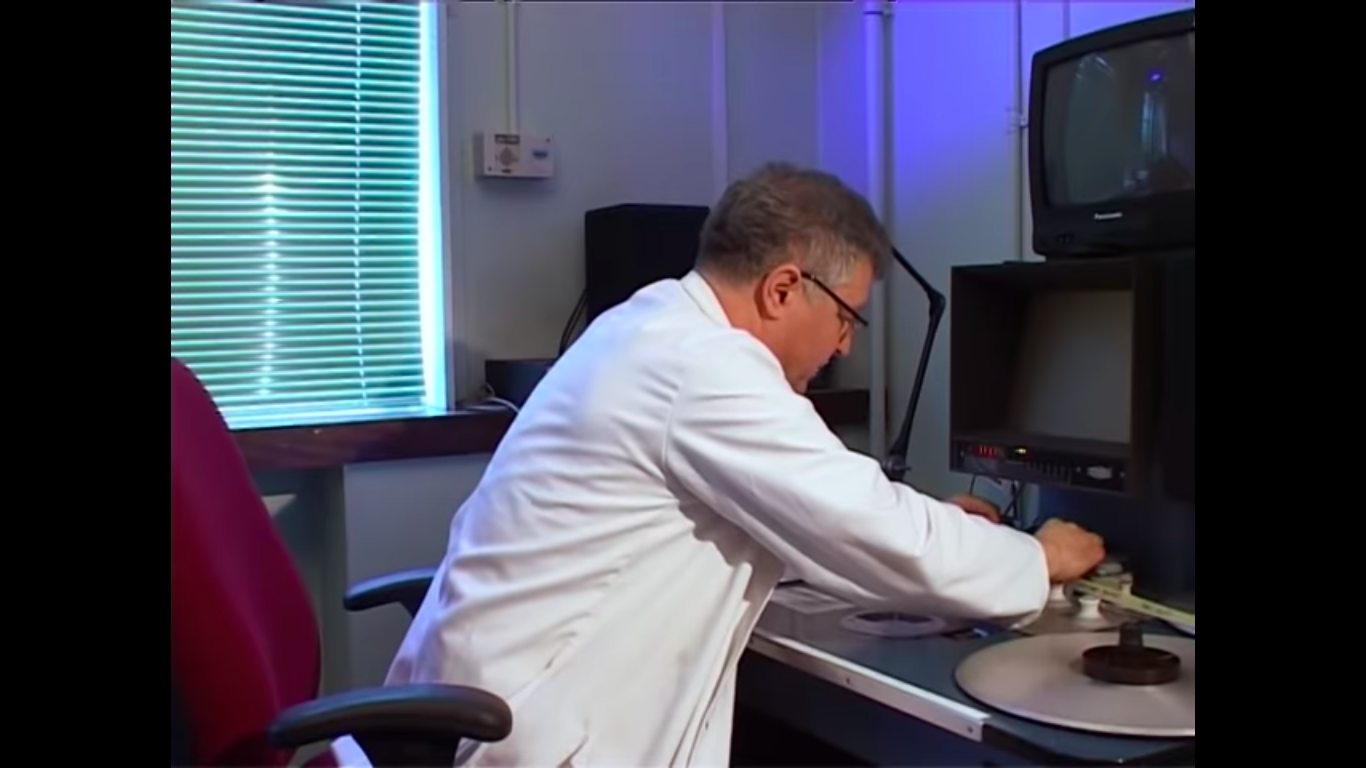 Analog is not just a cult, it is a surviving art form.  We are always looking to hear from like minded enthusiasts. If you are an Indian or International filmmaker who has shot using this medium or someone who just has an experience to share, reach out to us.  We would love to hear from you and have a conversation.