Impact Through Film: Thank you for the Rain
EmahoUncategorized

Impact Through Film: Thank you for the Rain

‘Stories are powerful because they transport us into other people’s worlds but, in doing that, they change the way our brains work’

-Paul Zak, Professor of Economics and founding Director of the Center for Neuroeconomics

In our present climate emergency, it is every individual’s duty to be responsible and take action for change. As documentary filmmakers it is our mission to make sure that the films we make have an established strategy for impact! Today, we have chosen an important topic for our readers to engage and learn along with us about a subject that is a must to execute a successful documentary film. We are going to take you through a cumulative process of creating impact through film. The growth of the impact space seems like a natural and exciting evolution for the documentary industry.
Let’s start by understanding what we mean by impact.
When we talk about impact, we mean social and cultural change that has been driven by a documentary film using a campaign strategy. This can cause distinct shifts in behaviour, belief and values within a group, system or community, as well as legislative or policy shifts in a government, organization or institutions.

In their joint media guide, The Impact Playbook, the Bay Area Video Coalition and Harmony Institute define impact as follows:

The simplest definition of impact is “change”.
Each media project or story makes a small , yet essential change, to some aspect in the world. Impact can be assumed to be the sum total of these changes. Behind this vague definition, is a set of more intricate and thought provoking questions such as ‘who’ or ‘what’ changes? How can the media differentiate between changes in an individual, groups, or a bigger set of formal groups such as organizations and governments? Over what period does impact occur? Is it possible to simplify the role of media from all other factors that contribute to social change?

Thank You For The Rain is about a Kenyan family directly affected by the changing climate. Let’s take a look at the approach they took to develop an impact strategy, and how they made sure for the outcome:

“The filmmakers let us witness from close up how a poor and vulnerable Kenyan family of farmers are struggling with droughts and floods. For them, climate change is already a battle of life or death. Thank You For The Rain should be a wakeup call for us all”

Thank You For The Rain is a collaborative film made by Kisilu Musya, a Kenyan farmer, climate fighter, and video diarist, and Julia Dahr, a Norwegian filmmaker. Over a period of five years, Kisilu, a native of Kenya, documented the damage caused by climate change and how it impacted his family and life in the village. It was a violent storm that threw him and Julia together, and what resulted in his transformation from a father, to community leader, to activist on the global stage.

In addition to filming the floods, droughts, and storms faced by his village, he also captured the real human cost of the crisis: how his children were asked to leave school when he couldn’t pay their fees after a no-yield harvest and how, men moved from their ancestral village homes to towns in search of a livelihood alongside rising family tensions.

In Thank You For The Rain, Kisilu and Julia’s friendship acts as a glimpse into the two different worlds each of them represent.

“I HAD NEVER MET A FILMMAKER BEFORE I MET JULIA AND NEVER EVEN SEEN A FULL FILM AS I LIVE VERY REMOTELY WITH NO ELECTRICITY. IT WAS VERY INTERESTING TO SEE JULIA’S WAY OF WORKING AND HOW SHE THOUGHT MY COMMUNITY’S STORY WAS SO IMPORTANT TO THE WORLD. WHEN THE FILM TEAM ASKED IF THEY COULD STAY WITH ME AND MY FAMILY FOR A MONTH TO FILM, I SAID YES WITHOUT ANY HESITATION. BUT I HAD ONE CONDITION: THAT I COULD ALSO GET A CAMERA TO TELL MY STORY TOGETHER WITH THE FILM TEAM.”

Through detailed and synergetic filmmaking, their story highlights a range of issues faced by communities on the frontlines of the climate crisis, including urbanization, gender equality, education, access to water, climate refugees, climate justice, and adaptation. 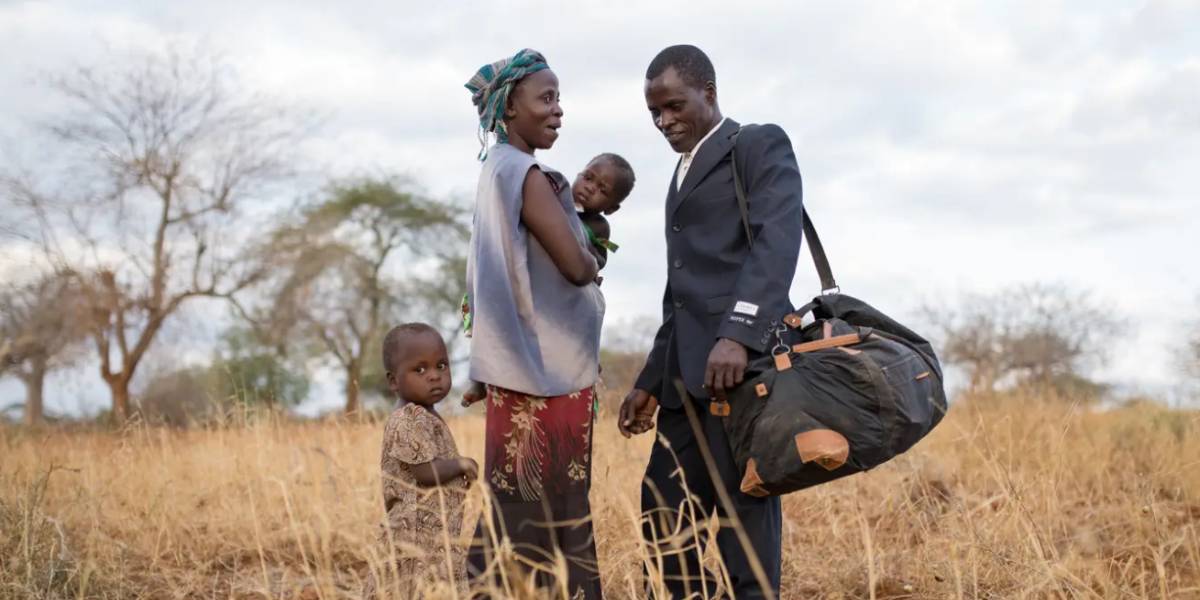 As the team worked on Thank You For The Rain for nearly seven years, they wanted to make sure to use the film to create real change.

Alongside its international release in 2017, they launched an international impact campaign that aimed to build climate resilient communities, strengthen the climate justice movement, and push policy makers to take tangible action to stop climate change and support the frontline communities.

Since then, they have achieved multiple goals! In 2019, their film campaign won the DocImpactHi5 award, which celebrates documentary films that have made a real world impact.

This film and its campaign is a great example of how much a small team with a mid-size budget can accomplish, if their resources are used judiciously and wisely to strategize a deep and long lasting impact. It takes an exceptional film to capture imagination, and it takes an equally exceptional film and campaign team to make real world change. 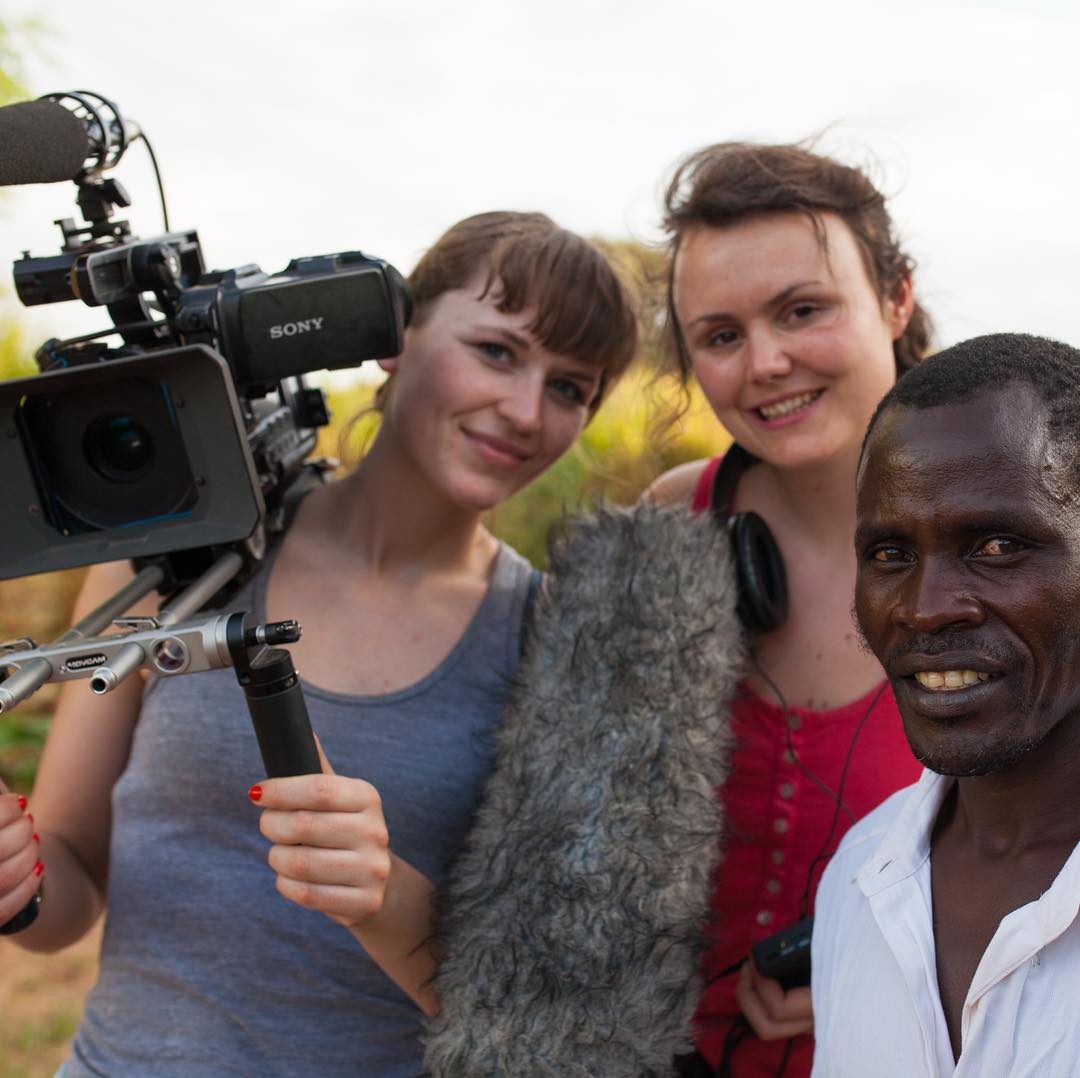 Thank You For The Rain inspire new climate friendly policies and projects in Kenya. These changes emerged after sharing Kaisilu’s story on the global stage.

In order to make sure the film spurs change on this issue, Kisilu and his wife, Christina are working towards building local climate resilient communities in East Africa by using film to strengthen and expand their work. They are actively involved in building earth dams and irrigation projects as well as community screenings with farmers. They aimed to use film as a tool to create a forum where farmers, NGOs and local decision makers can meet to identify local challenges and discuss suitable climate solutions. We can also be involved and support Kisilu and Christina’s community work here.

Thank You For The Rain has taken their powerful film to educate and help students around the world grasp the issue of climate change and climate justice with utmost clarity. They took the responsibility to make students aware of various climate injustices and provide schools with educational toolkits to engage the students in topics like sustainable development, climate change, politics and human rights.

“After the screenings, the students always plant a tree as a way of putting words into action. I love seeing how our methods of climate-resilient farming are spreading.” 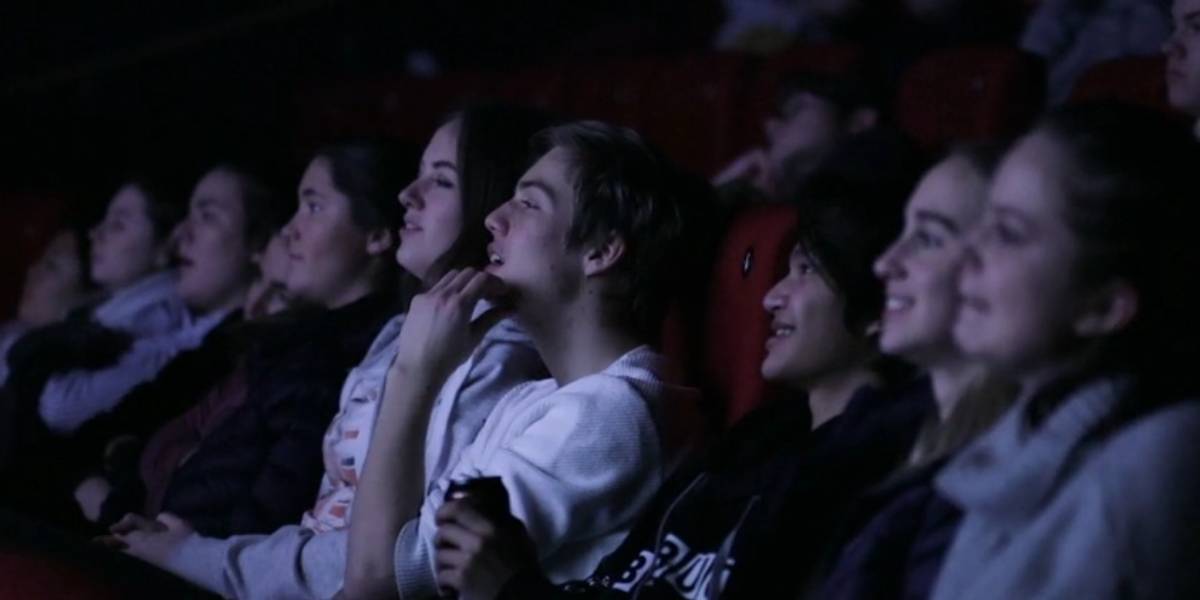 Unfortunately, the ones who are affected by climate change first hand, are rarely given an opportunity to influence international decision-making processes on the issue. The powerful stories of these individuals who witness climate change first hand was used as a tool for engaging citizens, politicians and business leaders in the fight for climate justice. The film has also mobilised both local and global audiences to support the local farmers. When the international community became aware of their work, Kisilu started receiving invitations to speak at events such as the EAT Forum, COP23 and even a TED Talk. Kisilu spread the word by sharing his powerful story to a number of international conferences, where he was invited to speak about his experience as a farmer and climate activist.

Reviews from the organizers suggest that Thank you for the Rain is successful in addressing the ills of climate change and leaves a deep mark on the audiences. This film discusses an issue that is often seen as far from reality. A large number of screenings have been organized in and around Europe by NGOs, civil society groups and activists. 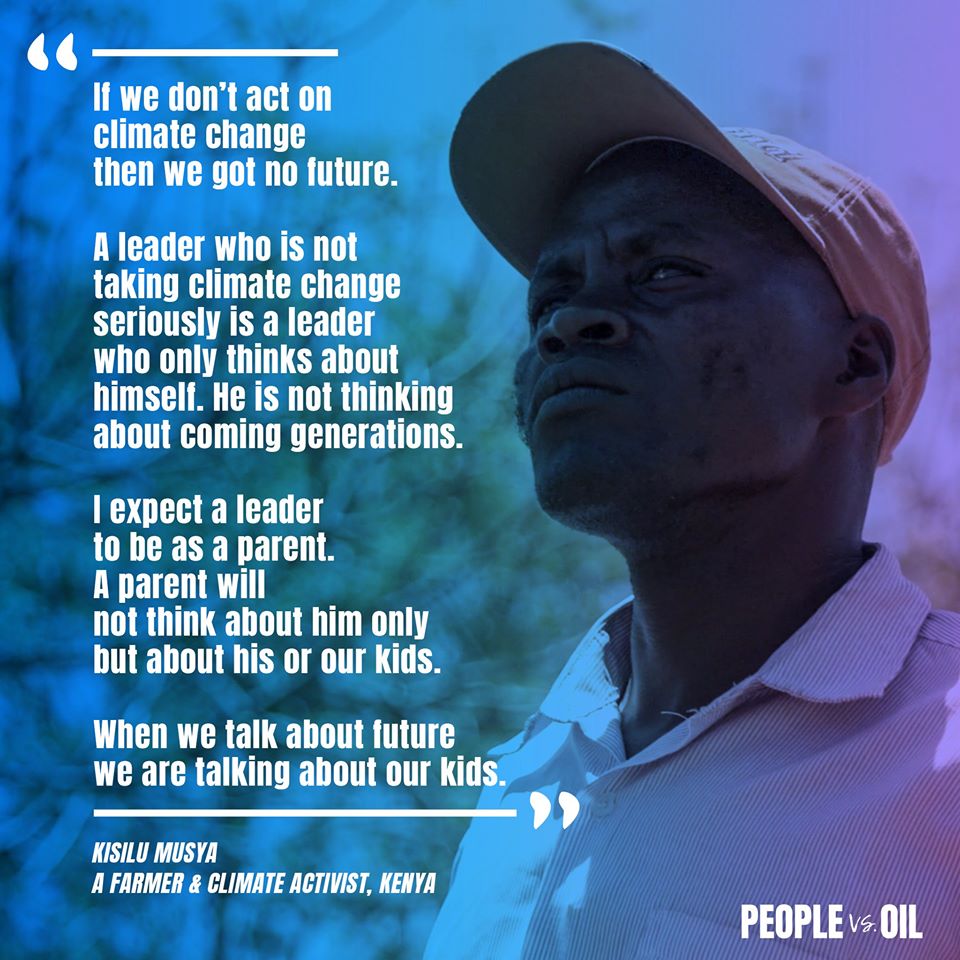 OUTCOME Of The Film

In 2019 and 2020, Thank You For The Rain had joined hands with Climate Justice Resilience Fund (CJRF) and their affiliate organisations in East Africa. The aim for the year of 2019-2020 is to organize one on one meetings with farmers and educate them on the techniques of better farming under the present changing climate conditions. The trained farmers will in turn, educate new farmers and this formation of a chain, will bring greater benefit to a greater number of people.

The impressive efforts of the Thank You for the Rain campaign are noteworthy, not only for the impact they had, but for the incredible insights and leadership examples they offer relating to just storytelling and accountable engagement practices.

All images used in this article belong rightfully to their original owners.

© 2020 THANK YOU FOR THE RAIN, All Rights Reserved